What is the top pro angler producing state

Boat Safe (boatsafe.com) has compiled some interesting data and a map on what state the best pro anglers call home. Which state boasts the most? 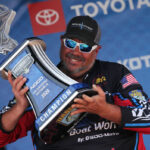 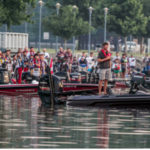 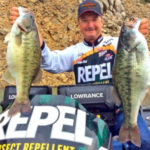 While a state like Minnesota is known as “the land of 10,000 lakes” and is among the top states with the most fishing licenses per capita, it’s the southern states that dominate when it comes to producing pro anglers.

The map below is based on the hometown of every world-ranked pro bass angler (over 350), and cross-referenced with U.S. census data, to determine where the best pro anglers in the world are “produced” per capita. 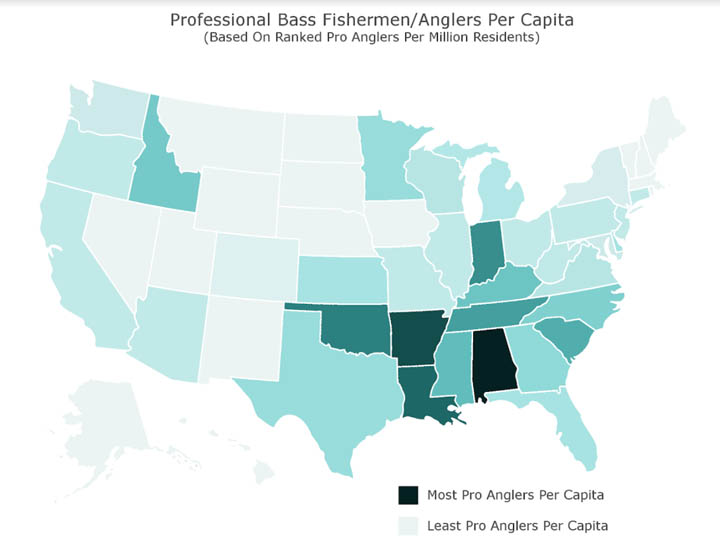 The top 10 states producing the most pro bass anglers per capita (per million residents) are as follows:

So maybe aspiring professional anglers need to move to Alabama? Maybe it’s something in the water…