Despite all the technological advances in lure manufacturing and the billions spent each year to create realistic products that mimic fish, no artificial lure in the world has fooled aquatic predators longer than a freshwater mussel’s mantle lure.

In fact, the mussel’s fishing expertise is a 400-million-year-old phenomenon that must occur to complete the animal’s reproductive cycle.

So how do mussels reproduce? 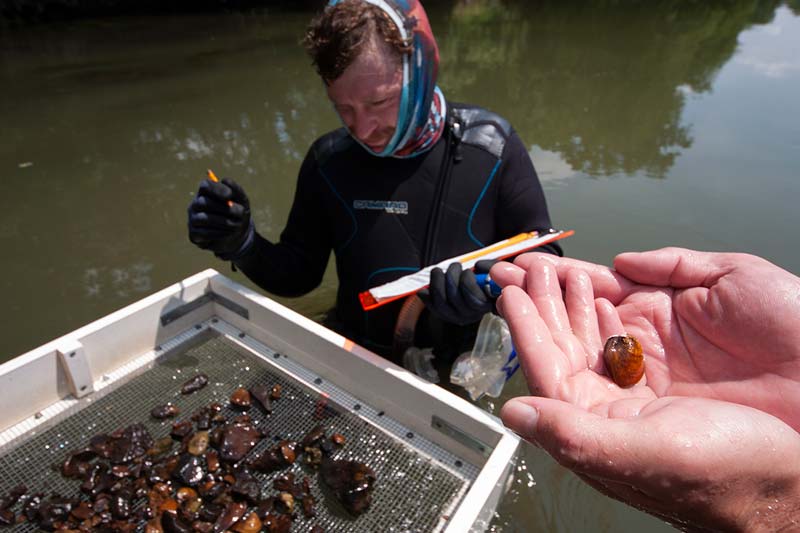 Of the thousands of artificial lures anglers use to attract fish, few can remain in a single, stationary spot and still move like a wounded minnow.

Instead, most baits rely on rod-tip movement, reel retrieval, water currents, or a combination of the three to create a natural-looking presentation that will ring a largemouth’s dinner bell.

This is why many crappie anglers and bank-fishing enthusiasts commonly rely on live-bait presentations, which often consist of a hook, split-shot sinker, and a float, instead of a pretty painted lure that comes in a package.

While floating a bobber or tight-lining a tuffy — hooked through the eyeballs — are two of the oldest fishing techniques used to create fluttering movement, freshwater mussels’ mantle lures are the original masters of deception.

Mantle lures don’t advertise, because they don’t need glitter or a fancy logo to prove they are an all-natural, fish-scented bait. Forget soft plastics.

A mussel’s mantle lure is a minnow-shaped muscle that’s shiny and flexible, which allows it to wiggle like a thrashing tadpole above the river’s gravel bed. The lure is even equipped with two tiny black dots, which look like the eyeballs of a moving minnow.

It all happens when a female mussel opens her shell and displays the authentic-looking bait. Camouflaged by like-colored rocks around her, she simply flaps her fish-shaped projectile and waits for a bite.

The current around her is a feeding zone for shadow-lurking predators skilled at ambushing the most vulnerable, but none signal easy prey as much as she.

Like a fish trying to free itself from invisible shackles, the mussel’s mantle lure moves faster, enticing the bass. It’s a free meal, begging to be consumed, so the seasoned stalker approaches to investigate, his lips now inches from a loaded imposter.

It’s real, or so the bass thinks, until…. 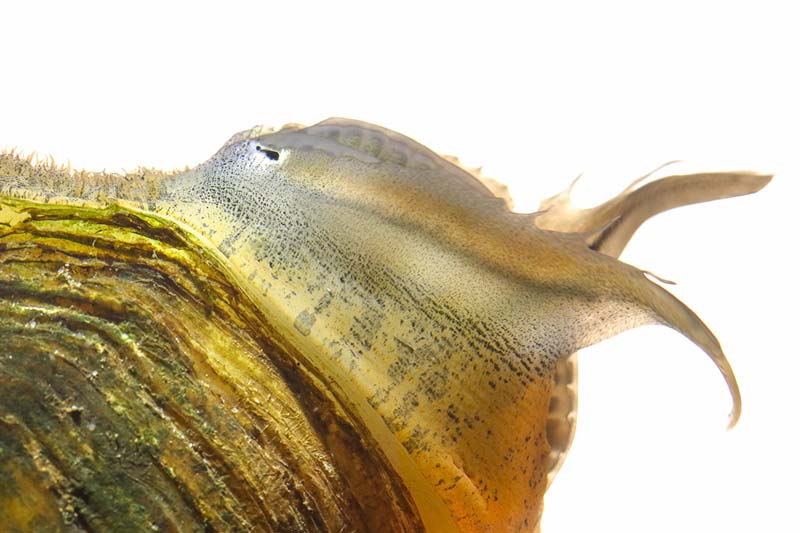 Poof! The unsuspecting predator is blasted by a discharge of tiny larval mussels, called glochidia, which require fish blood to grow.

The explosion is like a neonatal grenade detonating in the fish’s mouth. Baby mussels are blown across the predator’s gills, then attach, where they can feed safely inside their new host.

The leaching larvae begin to grow as the fish migrates. The process takes a few months, but once the baby mussels are ready to live on their own, they drop from the gills of the unharmed fish, then burrow into the river’s gravel bed until it is time for them to “go fishing” and complete the lifecycle again.

“It’s the best story in nature,” Amacker said. “There are literally hundreds of species of freshwater mussels in the Southeast, but unfortunately, 70% of them are either threatened, endangered, or already extinct.

“As biologists, that’s why our environmental stewardship efforts and public-education outreach initiatives are so important. We need the public’s help to preserve the biodiversity in this area for the next generation and the generation after that. The problem is, most people spend their entire life canoeing streams in this area and never realize these incredibly complex organisms are living right beneath their boat.”

Every year, Amacker and a team of biologists from TVA and other state and federal partner agencies perform mussel surveys of streams throughout the Tennessee Valley. The process is one that helps environmental stewards determine the overall health of each waterway and monitor the purity of the public’s drinking water source. 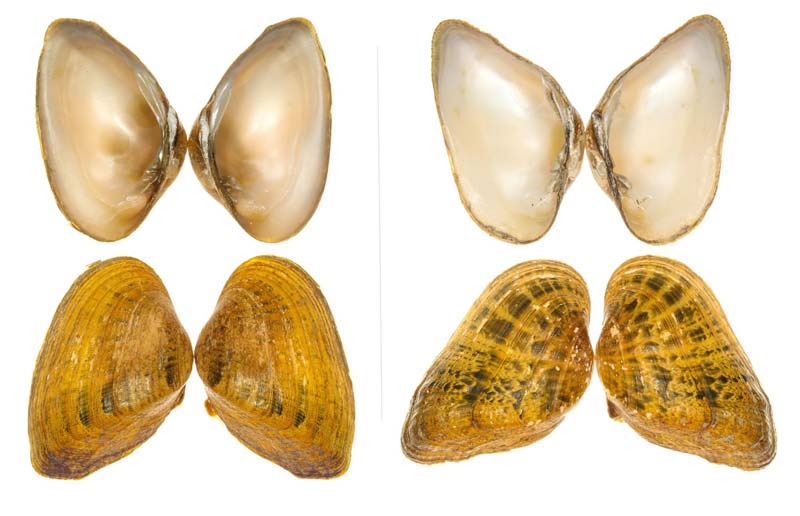 “It’s all connected,” said biologist Andy Ford, who is a mollusk expert with the U.S. Fish and Wildlife Service. “Mussels are the sentinels of our rivers. They are the most sensitive to pollutants in our waters, and you want those bio-indicators so there is time to correct a water-quality issue before it affects humans.”

According to Amacker, some ways the public can help protect the mussels are by getting involved with local watershed organizations and participating in federal incentive programs that fund conservation projects on private lands.

Another way is to support non-government organizations that acquire land for conservation value, establish riparian buffers or advocate for clean water.

And for time-strapped folks who want to keep it simple, buy an annual fishing license. Each purchase helps fund the non-game species conservation work that biologists like Amacker and Ford are doing every day to protect mussels.

As long as TVA’s annual freshwater mussel surveys continue to show these rare species are thriving throughout the region, the public can rest assured their tap water is safe to drink.