Is Minnesota settlement a precursor for Alabama’s Wheeler Lake

The Decatur Daily, Decatur AL (tournament home for Wheeler Lake) published an article regarding a settlement in Minnesota between 3M and the state that alleged 3M damaged natural resources and contaminated groundwater by disposing of chemicals over decades. The settlement was to the tune of $850 million for damages.

The story quoted Decatur lawyer Carl Cole as saying, “There are many similarities between the issues in the Minnesota case and ours,” Cole represents represents plaintiffs who have pending lawsuits against 3M over the chemicals ( namely PFOS and PFOA discharged into Wheeler Lake over the period of several years but now discontinued by 3M). 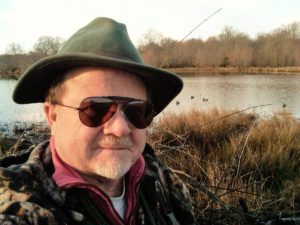 The story prompted a response from a former Decatur AL resident (now living in Huntsville AL) Mike Wingo. Wingo had this to say about the Minnesota settlement and the implications for a settlement with 3M over suspected damage to natural resources and contaminated groundwater by disposing of the chemicals into Wheeler Lake, “For all of us who once enjoyed all the fun of being on Wheeler Lake to swim, fish, duck hunt and just explore the old river and using the water in our everyday lives…we now understand that we have exposed our families, friends and ourselves to the very real danger of these PFOS and PFOA chemicals for decades without knowing.”

Readers might recall the public drinking water contamination issue in 2017 in Lawrence County whose water intake is downstream from 3M and the Decatur Utilities Wastewater Treatment Plant.

Wingo continued, “Shame on the ADPH (Alabama Department of Public Health) and ADEM (Alabama Department of Environmental Management) for ‘hiding’ their warnings all these years about the waters and fish of Wheeler Lake on their websites such that almost no one could know (discover) the extent and dangers of just contacting the river water…and for all the out-of-court settlements for cancer deaths of workers by these chemicals within the (Decatur) Industrial Park which were rumored for the last decade.

3M continues to maintain the PFOS and PFOA chemicals discharged into the environment pose no threat to the health of the public.

He added, “For those of us who ‘stirred the pot’, for the last many years with our involvement thru many local and national media outlets, to see this legal settlement in Minnesota gives us some expectation that the same outcome will happen here. Maybe Wheeler Lake can be returned to its’ former condition where the lake can be enjoyed for all to experience –  the clean outdoors and our drinking water not to be a quiet poison to our unborn as well young and old alike.”

The Decatur Daily story said the Minnesota lawsuit was centered on 3M’s disposal of perfluorochemicals and their compounds (PFOA and PFOS). The company began producing these chemicals in the 1950s. Along with Scotchgard, the chemicals were used in fire retardants, paints, nonstick cookware and other products.

Several lawsuits have been filed against 3M…

3M continues to maintain the PFOS and PFOA chemicals discharged into the environment pose no threat to the health of the public.

Several lawsuits have been fileed against 3M regarding the discharge of chemicals into the environment, namely Wheeler Lake and municipal drinking water. Individuals, the West Morgan-East Lawrence Water Authority and Tennessee Riverkeeper are among the plantiffs. Dakin, Dyneon, Toray Fluorofibers America and BFI Waste Systems of Alabama have also been called to task by one or more lawsuits. The City of Decatur, and by extension the Decatur Utilities, are also being targeted by legal action as complicit in contamination of Wheeler Lake and other municipal drinking water system(s).